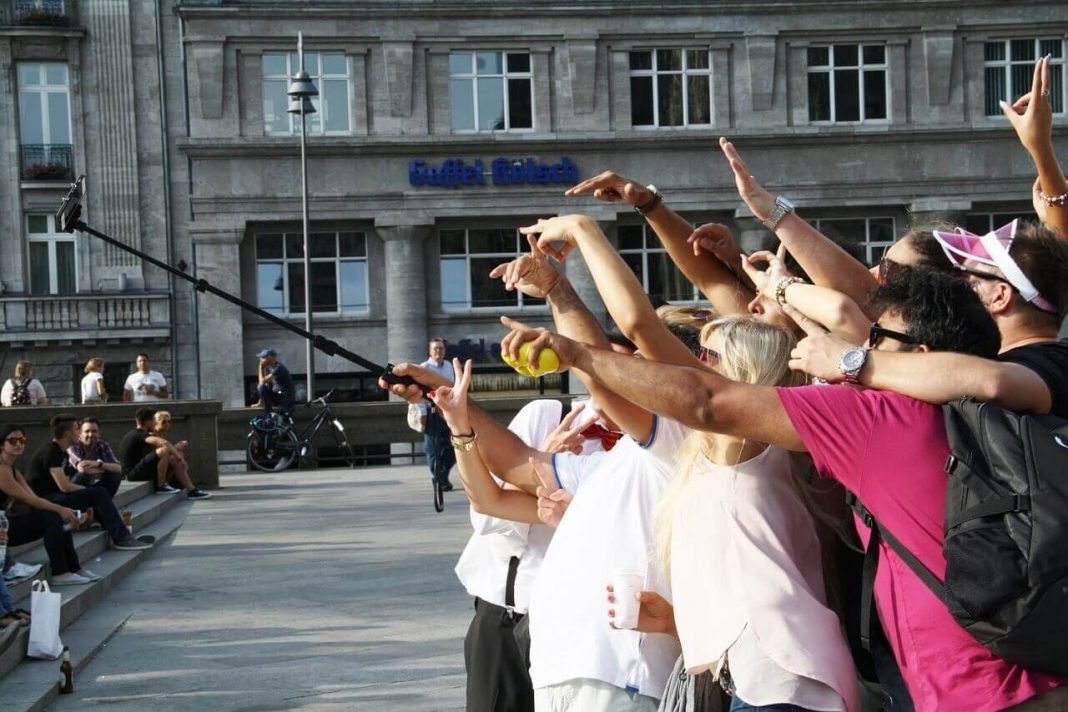 Two of the USA’s major music festivals have decided to ban selfie sticks this year to prevent stick-wielding gig-goers from blocking the view of others. They join London’s National Gallery and other museums such as New York’s Metropolitan Museum of Art, the Château de Versailles, and many others around the world.

In museums, bans have been made on pragmatic grounds to ensure the safety of collections. And fair enough. Sticks are dangerous things to be waving around near fragile works of art, so why should selfie sticks be any different?

But this selfie stick controversy has revealed something else. Debates around the ban suggest that the selfie itself has prompted the latest manifestation of the museum’s age-old “us and them” divide: between those who use museum collections “properly” (for education or cultural self-improvement) and those who use them “incorrectly” (for mere distraction or entertainment).

Smartphones, social media platforms like Twitter and Instagram, and the lifting of restrictions on photography in many museums in recent years have coalesced into a growing association between visiting museums and taking selfies. The trend has even evolved into an established cultural activity with Museum Selfie Day, now in its second year. Described by Mar Dixon as an event designed “to highlight the fun and ‘unstuffiness’ of museums”, it actively encourages people to engage with museum objects by tweeting a selfie. Generating thousands of photos (some touristy, some genuinely interesting), the hashtag #MuseumSelfie is a phenomenon in its own right throughout the year. Recently it was adopted for none other than the Cookie Monster, taking a tour of some New York museums.

Tweetable selfies and instagrammable photos are getting people into museums and talking about collections. But for some the cost is too great.

Several critics celebrating the selfie stick ban have taken the opportunity to complain more generally about selfies and photos in museums. Brian Sewell protested in The Times that they ruin the proper museum experience: “Anyone who actually wants to go and see a painting can’t because people are too busy taking photos.” Similarly for Jonathan Jones, writing in the Guardian, photography in museums is merely for “the pleasure of the crowd”. Bemoaning the changing culture of visiting galleries, he goes so far as to describe selfies, cameras, and smartphones as “a spiritual menace”, denying the acts of “calm contemplation” for which museums are intended.

Here is that “us and them”: traditionalist art critics for whom the museum is a temple for higher things; and popular selfie-snappers for whom museums have become spaces of recreation. What is ridiculous, however, is the idea that the twain shall never meet. But it’s not as though educational experiences can’t be amusing, or acts of contemplation entertaining.

For museums, balancing the economic need to appeal to wide audiences with the important work of preserving and communicating cultural heritage is far from a new problem. But with personal photography and digital technologies, there might be scope for new solutions.

Art in Island in the Philippines presents an extreme option: a museum entirely designed for taking selfies. Instead of real art works, the walls are filled with 3D replicas that invite interaction and entertaining photo opportunities. You can climb into Van Gogh’s Starry Night or catch the flying shoe from Fragonard’s The Swing – then upload your photo to the museum’s Facebook page. With more “likes” than London’s National Portrait Gallery (whatever that might mean as a metric of success), it is clearly attracting attention. Art in Island is less a museum than a museum-themed amusement centre. But it’s popularity has even made critics such as Jones re-assess their positions.

Meanwhile Europeana’s VanGoYourself project allows people to get “inside” art works in a different way. VanGoYourself encourages people and their friends to recreate art works themselves, finding settings, striking poses and creating compositions. Photos of recreations are then shared on social media in striking juxtapositions with the original works.

Offering specific challenges or selectable criteria like “selfie” or “romantic”, VanGoYourself creatively harnesses the popular desire for photographic interaction with art. At the same time it also overcomes the criticism that photos replace the act of looking. Tableau vivant performances and artful appropriations require intimate engagement with an object. As Frank Thinnes, one of its creators, notes, many submissions are not simply a recreation, but a meaningful “reinterpretation of the painting and its message”.

Inspiring reinterpretations of museum objects is also the impetus behind Rijksstudio, an initiative following the Rijksmuseum’s decision to make freely available 200,000 high-resolution images of its collection. Rijksstudio encourages visitors to “become artists in their own right”, says Martijn Pronk, head of publications. Users can transform digital images into anything they like – clothing, wallpaper, or even original art works – and creativity is encouraged through the annual Rijksstudio Award.

So selfies and photographic interaction with museum objects do not necessarily destroy visitor experiences or deny close engagement with collections. In fact, they might permit entirely new ways of bridging the divide.

But the selfie sticks can stay outside – where all sticks should (unless they happen to be at a music festival).

This article is republished from The Conversation under a Creative Commons license. Read the original article. Featured Image by OnkelTukka from Pixabay 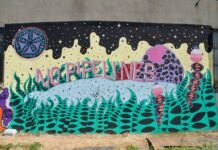 Why is taking photographs banned in many museums and historic places?